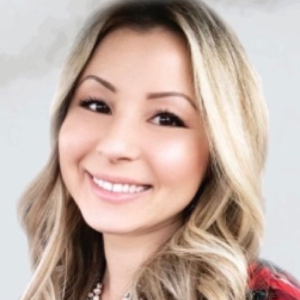 What's Ayurveda, the Elements and the Doshas?

With an uninterrupted, unbroken tradition of about 5,000 years, Ayurveda is probably the oldest healing system known to humankind that is still practiced in its original form.

Not only has this tradition survived for a long time, but it has continuously evolved with changing times and is still evolving.

Ayurveda takes a holistic approach to diseases, which is vital, especially as the world is witnessing the rise of obesity, anxiety, depression, diabetes, cardiovascular disorders, and other lifestyle disorders presenting some of the biggest challenges of modern times.

The ayurvedic way of life is currently enjoying immense popularity all over the world, which is further fueled by a growing interest of the scientific community that actively seeks to probe its various principles.

Here, let’s have a thorough discussion of what Ayurveda is and what are its basic principles.

Ayurveda is an ancient philosophy that seeks to enhance wellness through greater knowledge of self, right eating and lifestyle practices, a union of body and mind (yoga), prevention of diseases, and promotion of health.

At the core of ayurvedic thought lies the timeless principle that prevention is always better than cure. And when prevention fails, remedial action takes a holistic view of things that not just cures the disease, but also prevents it from coming back again.

Ayurveda, therefore, can be understood as a complex system that is both a system of medicine and a self-care practice, a way of life.

Everything starts with a greater understanding of self, nature, and the interaction between nature and self.

In Ayurvedic philosophy, the knowledge of nature and self starts with an understanding of five fundamental elements.

Every material existence, living or non-living, is composed of five elements – ether (space), air, fire, water, and earth. These elements combine in varying proportions to form different forms of matter.

Tree, rock, humans, bloodsuckers, bacteria, the food we eat, the planet itself are all made up of elements. Elements always make a unique combination to form life.

In other words, all humans are made up of five elements, but no two people are alike because they have a different combination of elements.

Each element is characterized by a unique set of qualities and manifests itself by these very qualities in the body and mind.

For example, space is characterized by vastness and emptiness. A major part (about 99%) of this universe is space. Space is omnipresent and knows no boundaries. It fills up everything, or rather it creates room for other elements to fill.

In humans, space is manifested in the boundless character of mind. Our imaginations, thoughts, ideas are limitless because they are fueled by inherent qualities of space.

The physical presence of space can be recognized in the ear, lungs, between intestines, and at the center of bones.

Likewise, all elements can be observed by simply paying close attention to the body, emotions, and sensations.

Discover your dosha by taking this —> Deepak Chopra Dosha Quiz.

Space and air combine to form Vata that governs all kinds of movement, transportation, and communication in the body.

Fire and water combine to form the powerful metabolic energy of Pitta for ruling over all kinds of transformation and chemical changes taking place.

Water and earth elements make up the mud (Kapha), the building block of tissues that provides the body its physical structure and form.

Just like the case with elements, doshas also make a unique combination every time to form a new life. However, unlike the static nature of elements, doshas are dynamic forces that are constantly working in equilibrium with one another, each constantly affecting and being affected by present conditions.

Doshas are vital energies that are constructive forces in normal times but can easily go corrupt if neglected or due to environmental conditions.

Dosha literally means “the faulty one” because they often go corrupt. This corruption of dosha is considered the root cause of all diseases in Ayurveda.

A thorough understanding of ayurvedic principles cannot be attained in a day.

It requires consistent effort to understand yourself through mindful observation of your tendencies and emotions, introspection, connection with nature, and a basic understanding of universal principles. Most importantly, it requires a scientific temperament.

Ayurveda, in its entirety, is a lifelong journey of self-exploration. 🙂

DEAR ADELL:   Should I quit my job and start a business? I hate my job and want to quit to become my own boss.  I have

Ready to Clear the Air? Read Our Guide on How to Cleanse Your House With Sage! Good vibes make a happy life and the opposite

A Yoga Sutras Chapter 4 Summary We have made it to the final Chapter, Kaivalya Pada. Kaivalya Pada is the 4th and last chapter of

How CBD Can Help With Skin Care As we seek youthful, healthy and dare I say flawless skin, we go to any length to unearth

How to Quit Your Job and Work for Yourself

Quitting your job and working for yourself might sound like the dream life. And it very well can be. If you want to quit your

Darkecho Gaming Chair Review 2022 – Is buying a gaming chair worth it?

Feeling guilty about bottle feeding your baby? I am so